How to fill a church - Show not tell.

In writing as in art, show not tell. 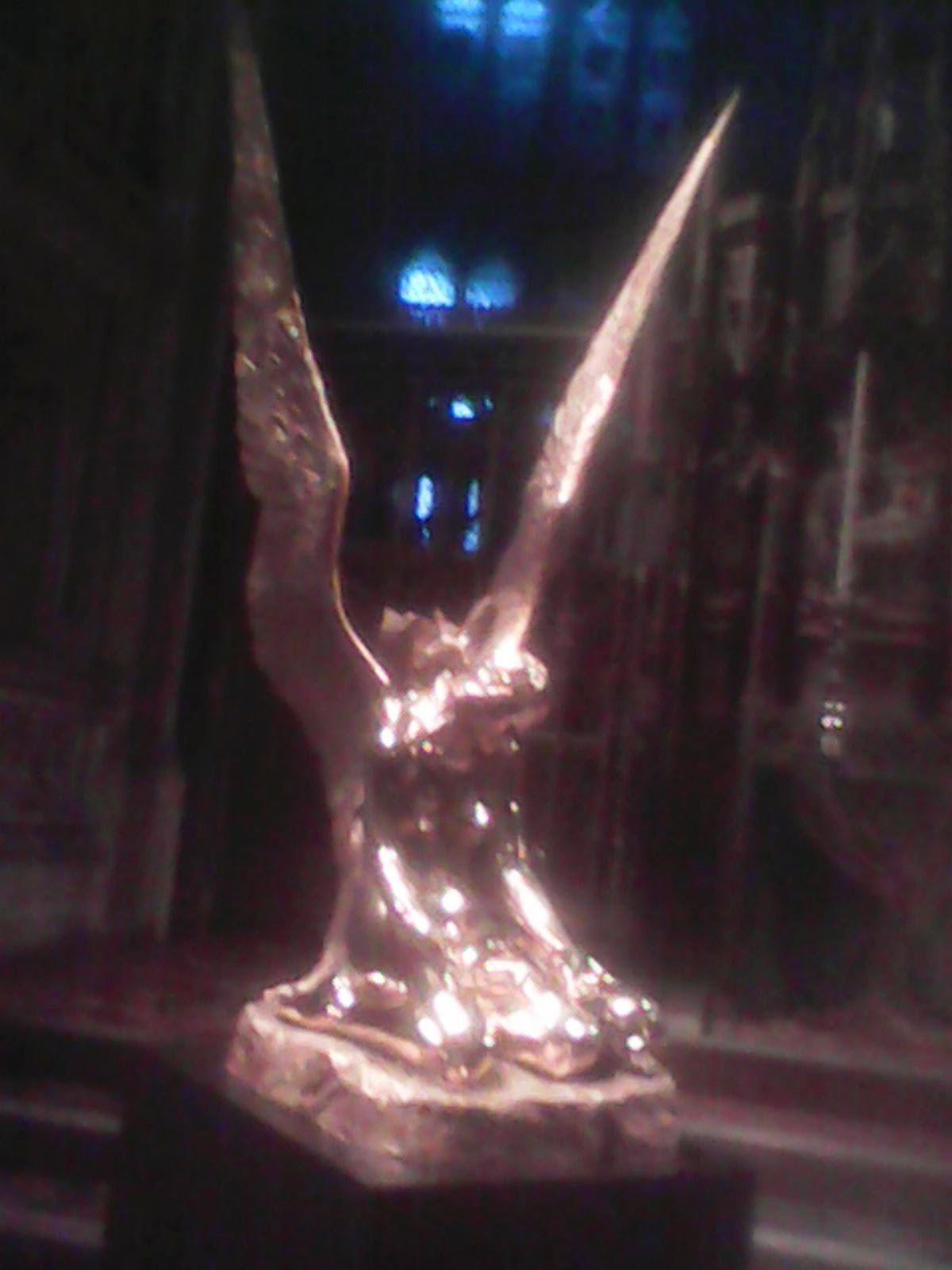 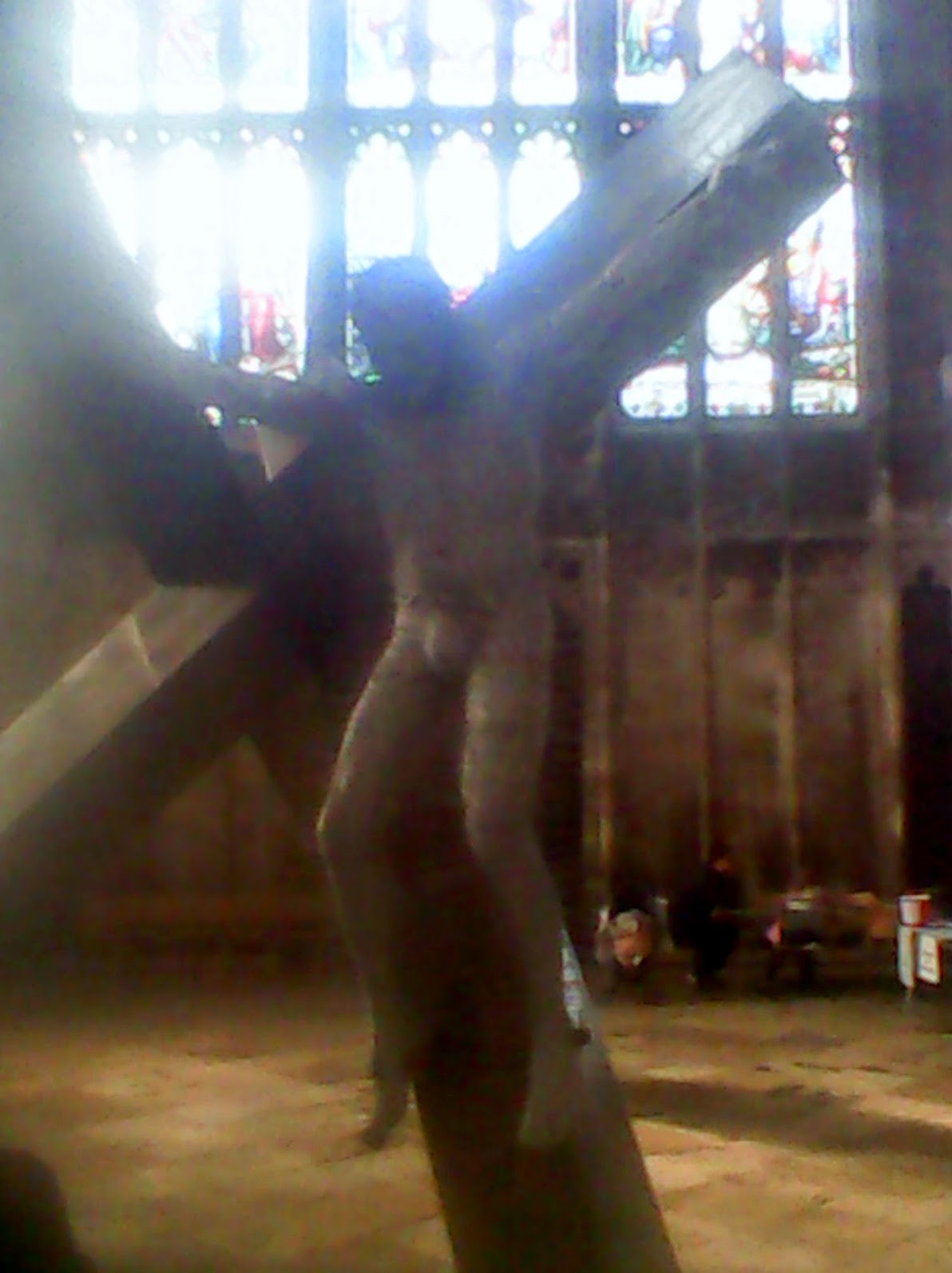 Show not tell: possibly the most common advice given to beginner writers. It doesn't always hold. Sometimes a simple 'She was sad,' is preferable to 'Her eyes gushed like an open fawcet'. Anyway, a visit to the Crucible 2 sculpture exhibition in Gloucester cathedral got me thinking about the subtler lexical scope of 'showing'. The sculptures were a masterclass. A thousand-idea matrix of associations linked them one to another, and with the setting.

Edward 11's effigy could not have been more dead. Stiff, cold, stony; dethroned by the common marks of 18th century graffiti. At its feet Henry Moore's Bone Skirt, earthed, curvy as a slug river. Each is a commentary on the other; the sum greater than the parts.

A gilded angel is unremarkable on the altar of a cathedral, until you see the cross-hatched forearms, the tourniquet, the spoon and syringe. The attitude is not prayer or repentance but heroin stupor. Behind her the sacrificial table, and saints in fractured glass stepped to unreachable heights. The eloquence of the pairing is exquisite. A still-life sermon on suffering, desire, temptation.

Framed by the arches the thief with his cross. Fifteen feet high, anger and resistance on a face made of coat hangers. Christ to his right is slumped, surrendered; rugged and stratified as though birthed in a quake from his crucifix. People gaze in silence but the volume of dialogue between the pieces is high.

We monk-tread the oyster shadows of the cloisters, plain song hovers in the roof shells. And here is a man, modern but primitive, the base schema of aboriginal lines in red plastic. The sculpture is more brazen in its solemn setting.

The power of the exhibition lies in the interplay. So it can be with writing. There are unspoken dialogues between ideas, scenes, characters, individual words. In a poem it is clear that spaces and frames matter.  Prose can 'show' in ways which go beyond action, body language and metaphor. There's meaning and fascination in surprise juxtapositions: solemnity and wit, anger and surrender, rigidity and motion.

Note to the ArchB of C, the cathedral was packed for two months. Show not tell could be the way to go.
Posted by Ana Salote at 08:35