Earlier this year I visited the William Blake exhibition at the Ashmolean. I thought it diminished Blake with its nerdy focus on technique. It was like studying Van Gogh’s brushes with his paintings as an aside. I skimmed the technical details and looked at the pictures.

William Blake was a copyist till he had learned his craft. Then he opened his cranium. He used the spiritus mundi as ink. He had his own vision and he made something new. There were influences from Raphael and Michelangelo, but Blake’s figures have a peculiar contained enormity which is singularly Blakish. The burden of kingliness drags striated arms, crouches with sinewed thighs, resounds with the yawning of bergs, the grinding of planets. His pins are the scale and holy terror of beyond. The infinite is seen; there can be no return to limitation. 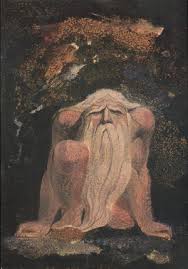 The artist could have played safe and pandered to prevailing tastes. No publisher or gallery was calling for Blakesque submissions. Instead he scrawled scathing notes in the margins of Joshua Reynolds’ Discourses and did what he pleased. Others were pleased by it. The market came to him.

Writers take the same risks. The major publishers are conservative. They have a list which the writer must fit, a confining mould. Its parameters are, ‘things which have previously been shown to make money’. Innovation is acceptable from a ‘name’. Otherwise change proceeds in cautious baby steps. In general bankability trumps ability. It is rare to see something genuinely fresh, an Alice in Wonderland, an On the Road, from a large press. This leaves the small presses, webzines and literary journals as the forward edge of publishing.


My book, Oy Yew, though praised by the big publishing houses, didn’t quite fit their lists. One editor asked to see it twice and emailed over a year later to say of all the mss she had seen in that period it was the one that had stuck in her mind. Though she loved it, she was manacled by her list.

Oy Yew is a difficult book to characterise. It is a middle grade children’s novel, it is an escapist adult read, it is a search for identity, a tale of separated soul-mates, and a mystery of disappearing servants. It is both dark and comical, and its voice is more classic than is fashionable. It was written out of inspiration and not with one eye on the market. With so many list-bound editors I thought self-publishing would be the only route. Then along came Mother's Milk.

MM is an indie press with heart. Heart and head can have equal influence on the small publisher who is in it for love as much as a living. Signing with MM is the beginning of a journey. The press is personal and supportive. If you've ever received the standard rejection, 'Sorry, it doesn't quite fit our list', consider replying, 'Don't worry, I'll find a more interesting list'. Then research the small presses. We’re now at the stage of final edits and building up to launch on Jun 27th. I'll be writing more posts on the rest of the journey.

Oy Yew is available for pre-order with a £2 discount here
We are launching with a talk at Lowdham Book Festival near Nottingham on Sat, Jun 27th 11a.m. Unusually, I will be joined by my publisher, Teika Bellamy and award-winning illustrator, Emma Howitt to discuss all aspects of book production plus readings.
Posted by Ana Salote at 05:48 No comments: